I’ve moved my blog to WWW.RAFTERYTATTOO.COM

These are the new prints I have for sale on Etsy. Giclee on watercolor paper. 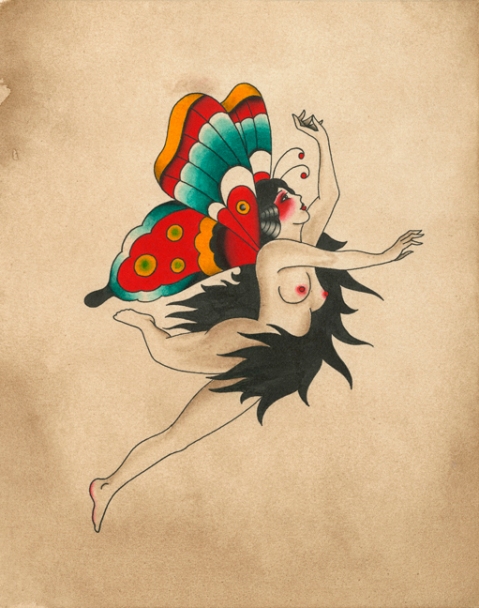 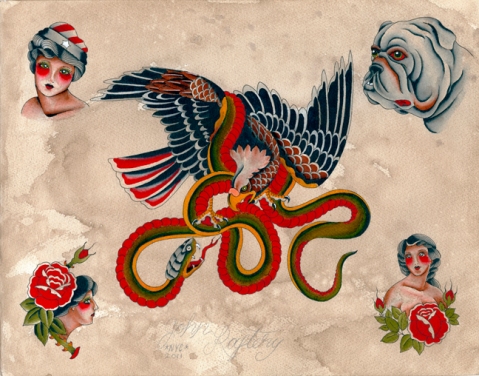 Here’s a couple of the tattoos I did at the London convention. The buildings were something I saw walking by the river one morning. Looks like the end of the world. 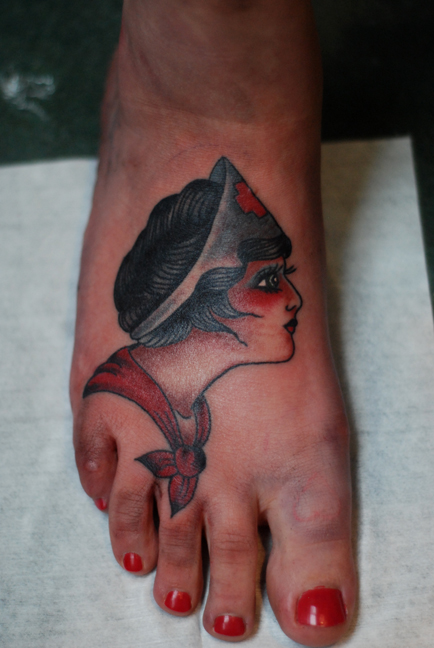 I did this owl on Dean, he let me do whatever i wanted with the color so it was a lot of fun. The fairy was done a the Rochester convention.

While visiting my folks in California last week I did these tattoos on my dad and sister. The rose was a little tough to photograph since it wraps around the ankle a bit. The eagle painting is from a while ago I just never posted it on here. My dad does some painting of his own, you can see it here. 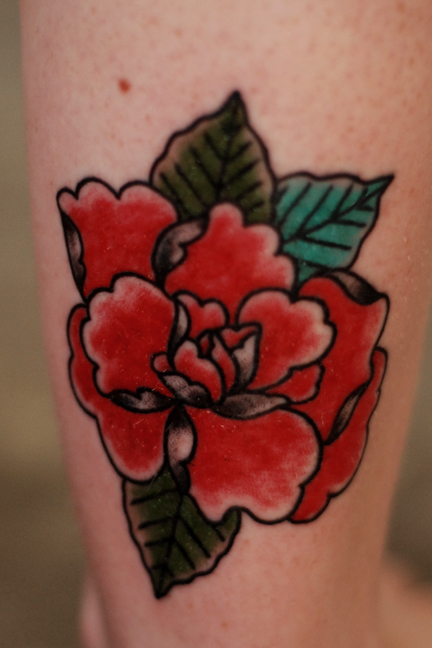 I’ve been getting to do a lot of lady head profiles lately, here’s one on Nicky. I did this butterfly on RC as a walk-in. The bull dog I did a couple months ago on David in Seattle, it’s from an old George Burchett design. I sure miss all that light to take photos in out there. 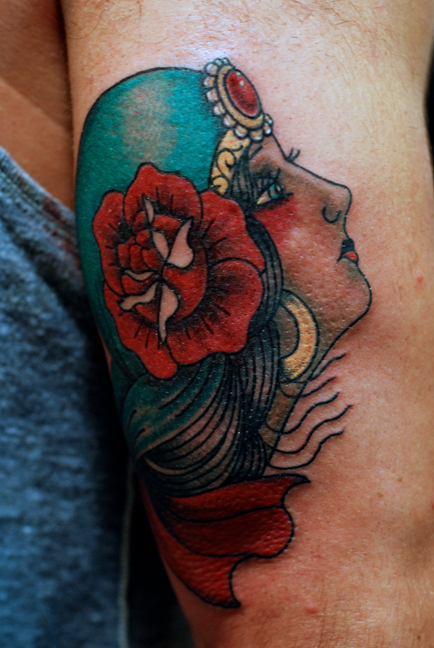 This fairy haired woman is from a painting I did a few months ago, I’m very grateful I got to tattoo it on Holly.

The wolf head is on Erik who always gets something fun when I see him. As popular as this old wolf is I haven’t tattooed it too many times so I always enjoy it. 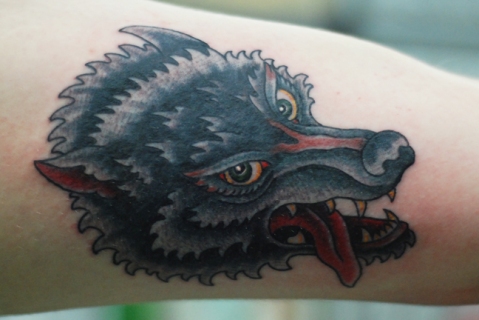 Here’s nurse that I did on Andrew. He has been getting tattooed by me since the very beginning so he has some real stinkers, but I think this is one of the good ones.

The eagle is on Vincent who always wants to get something cool. It’s based on a painting earlier this year.

Both these guys are always a pleasure to tattoo. 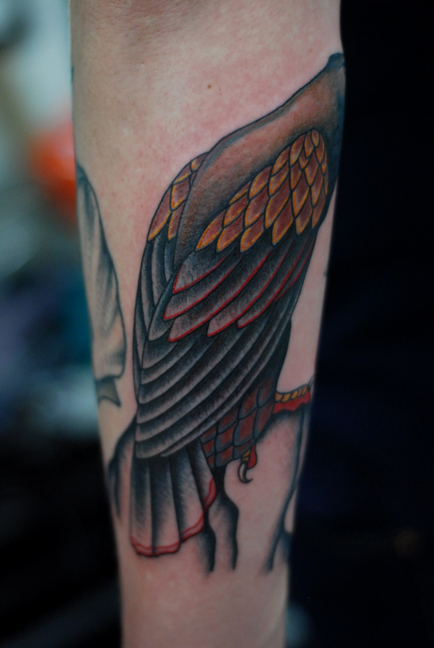 We’ve been hard at work this week on paintings for the lobby of the shop, here’s a couple of new ones. The lady coming out of the rose is 8×10″, the fairy is much bigger- 18×12″. Come by the shop to see the rest! 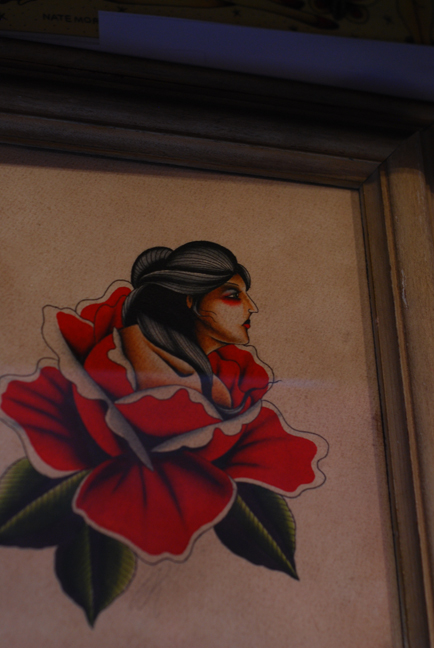 Here’s some little ones. The little dog is on our friend Aaron Sanchez. I’m very happy with the way this one came out, especially considering the placement. The Felix is on a guy named Stu who likes cartoons. If I could do a Felix once a week I think it would be great for my mental health. The painting I did for an art show that Chuck D opened last night at Max Fish on Ludlow street. Trying to keep it crude but delicate. 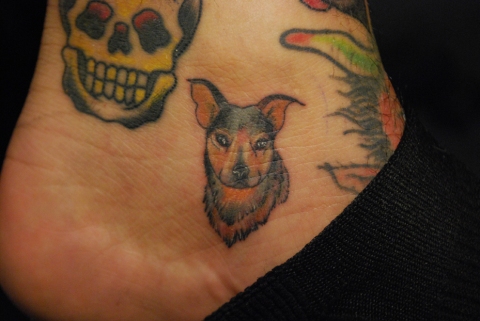 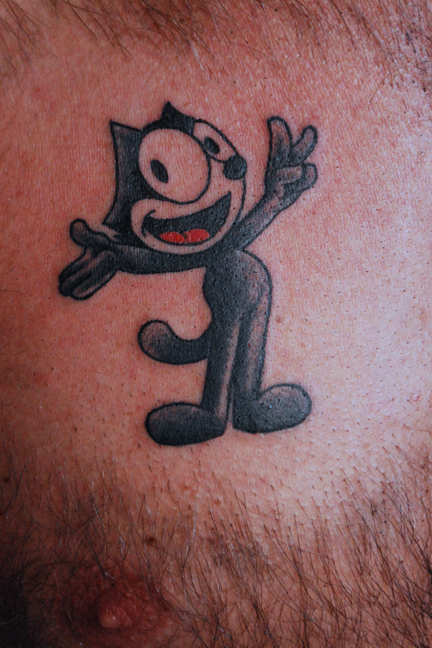